Over the past 50 years, PCT has donated over $1,000,000 to support local businesses, charities and not-for-profit organizations. PCT is proud of its community programs and involvement in supporting the lives of residents in Port Moody.

PCT proudly supports many community organizations and initiatives in Port Moody. In recent years, we have worked with the Tri-Cities Chamber of Commerce and SHARE Family & Community Services Society. Check out the videos below to see what we’ve done with them.

See other organizations and initiatives we are involved with here.

Check out how the BCMEA Members, like PCT, positively impact our community.

As proud presenting sponsors of the Fingerling Festival and Ecological Society, we are happy to see the success of this event year after year.

In the summer of 2013, Pacific Coast Terminals and the City of Port Moody announced a partnership to promote arts and culture in the community with the introduction of the PCT Performance Stage, an outdoor band shell located in the heart of Rocky Point Park.

As the founding sponsor of the Summer Concert Series, and a proud supporter of arts and culture in the Port Moody Community, PCT’s support of the PCT Performance Stage will allow local artists to showcase their talent. PCT committed to $35,000 over the next ten years to support the use of the stage by bands and music groups during the summer months.

PCT is proud to provide another reason of why Port Moody is the City of the Arts! 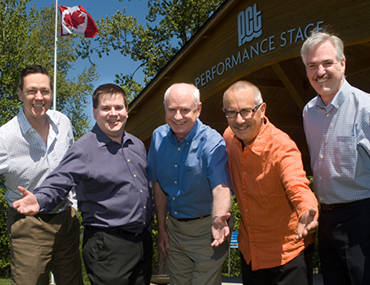 The PCT Scholarship program has awarded over $60,000 to Port Moody secondary students since 1982